Updates are important but sometimes they break things, therefore, it becomes important to defer them, at least for some time. Updates have dependencies; when you update, various software and apps have to be reconfigured, drivers lose their settings, possible compatibility issues, etc. In addition, the update process itself could be ill-timed. The whole process takes a lot of time; the installation, restart, and first boot after the update takes ages. Moreover, if you were in the middle of something important before starting the update, you could lose access to your files until the update process finishes.

It is important to note that disabling updates permanently is not right; Windows will let you do that easily. You just need to wait a few days to check if the update is breaking something. This is applicable to only the major version upgrades also known as Feature Updates. Whenever Microsoft releases a Feature Update for Windows, you can check Google for errors, bugs, or issues related to that update. These issues could be related to the software i.e., Windows itself, or the hardware and their drivers. Usually, Operating System developers release an update called a Point Release (or Dot Release), which is often released after a week of the Stable Release (or Feature Update, in case of Windows). This gives them enough time to fix any bugs or errors that were detected after releasing the Feature Update (or Stable Release). In the case of Microsoft, thanks to insider program feedback, these bugs are caught early, and fixes are applied in no time. You can choose to wait and update directly to the point release.

The Group Policy Editor is an Administrative tool found in the Pro and Enterprise editions of Windows. It lets you set various advanced configurations to your Windows. Because of its nature, it is not available in the Home edition of Windows.

Step 1: Press Windows + R keys together to open the Run dialog box. Type gpedit.msc in the text input field, and then press the OK button. This will open the Local Group Policy Editor utility of Windows. 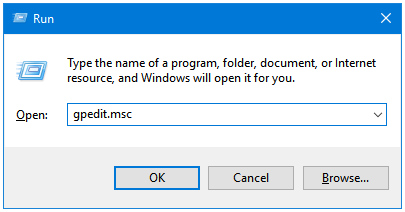 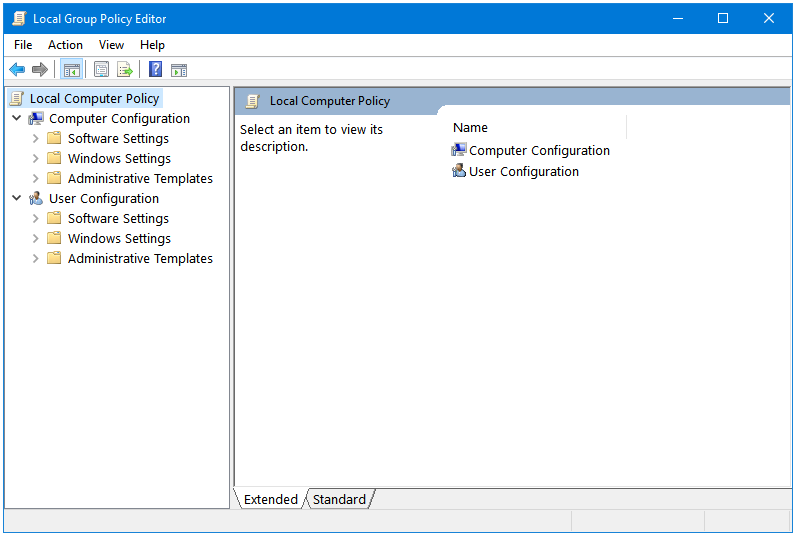 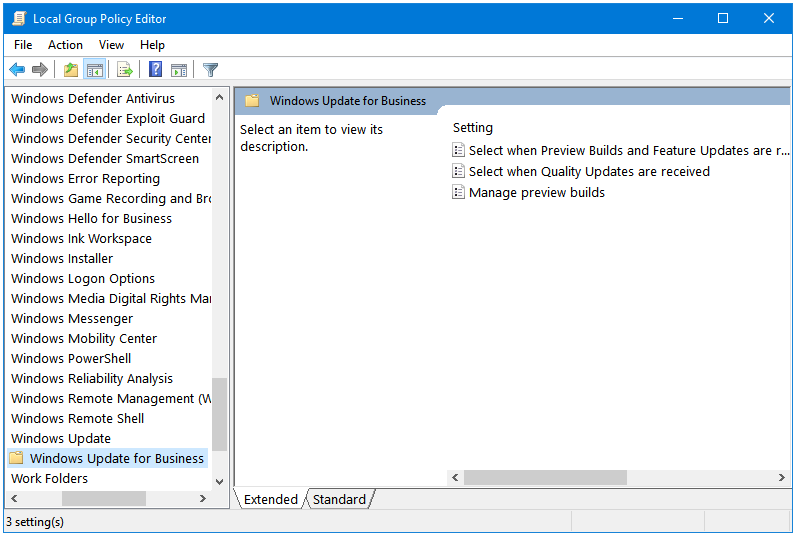 Step 3: In the Windows Update for Business tab, click on the option that says Select when Preview Builds and Feature Updates are received. 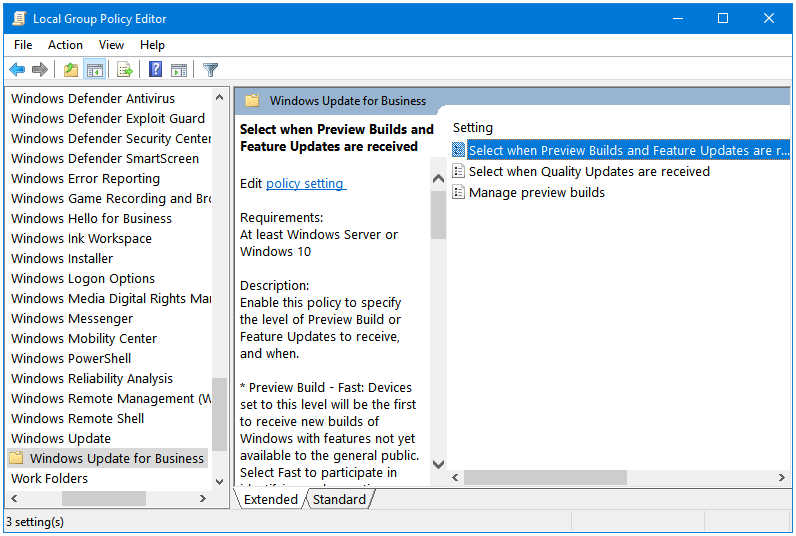 Step 4: It is set to Not Configured by default. Click on the Enabled radio button to be able to configure this policy. 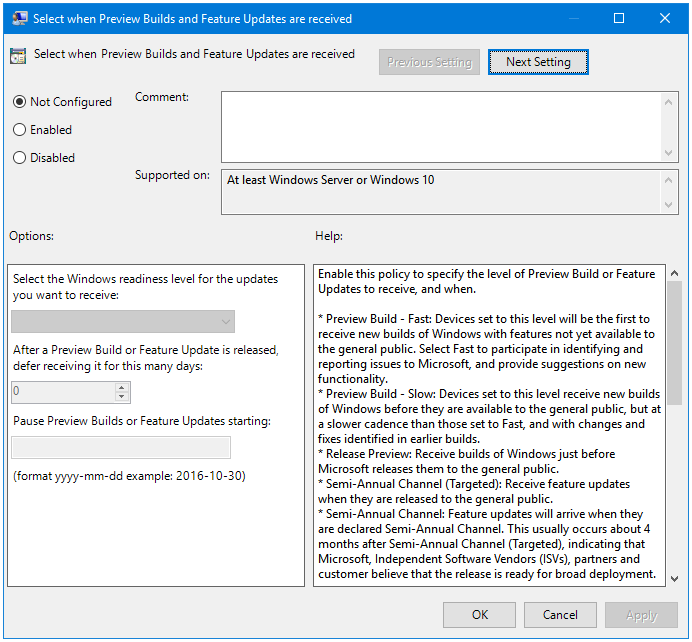 Step 5: Now, go to the Options: section. Click on the first drop-down menu, and select the Windows readiness level. 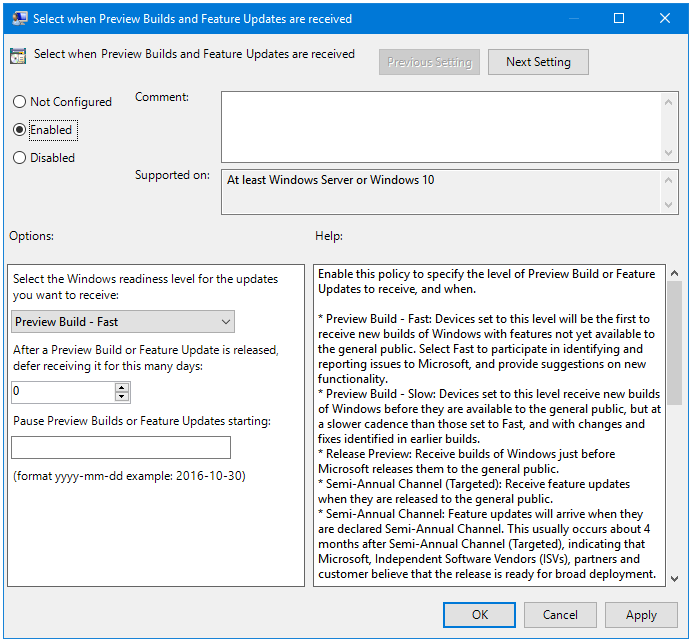 Step 6: In the next drop-down menu you can specify the number of days to defer the update. You can defer receiving the Feature Updates for up to 365 days. 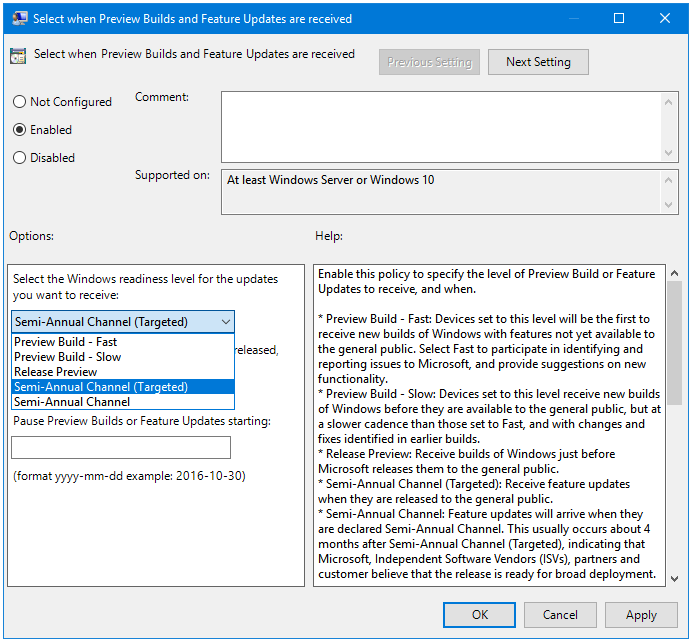 The final drop-down menu lets you select the number of days to pause the updates from being received on their scheduled time on your computer. This pause will remain in effect for 35 days since the starting date of the pause. 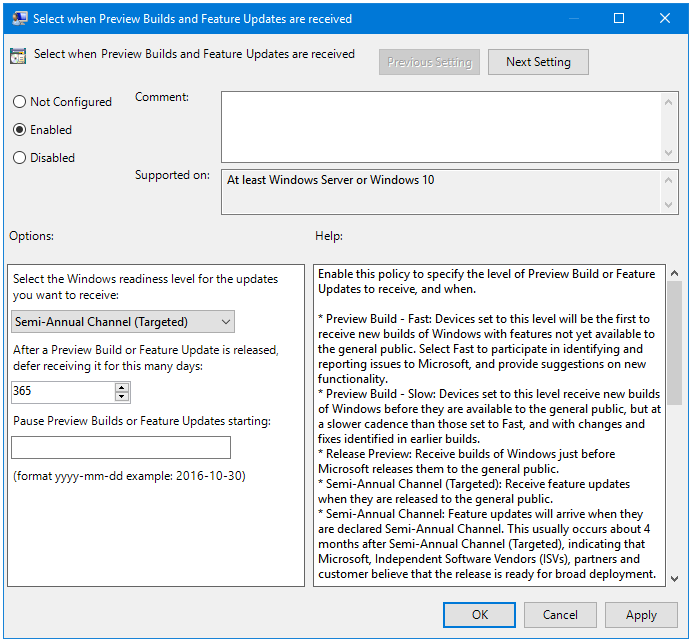 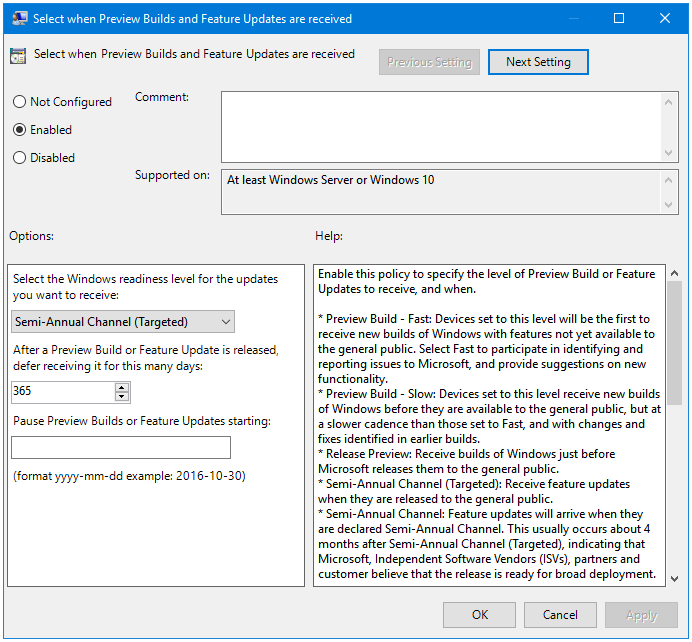 Disable this policy by clicking on the Not Configured option, if you want to go back to the default Windows Update settings.